The city of Antwerp welcomes two new hydrogen-powered municipal waste collection vehicles. Equipped with an electric motor with batteries and a fuel cell, these new trucks collect household waste in the city without emitting CO2. This initiative is a first for Flanders and comes with the support of the European REVIVE project and the Clean Hydrogen Partnership. A first vehicle was tested extensively over the past month, and the second vehicle is now also being commissioned.

Within the city of Antwerp’s urban fleet, municipal waste vehicles have the biggest impact on emissions. Switching to fully electric vehicles is difficult here because of the capacity required and the high weight of the battery itself. A possible solution is an electric powertrain, supplemented by a fuel cell and hydrogen tanks, to enable longer range. Hydrogen-powered vehicles are very quiet and do not emit CO2 or particulate matter and nitrogen oxides, but only water vapour. Hydrogen not only increases the driving range, it also allows quick refueling. This avoids the long recharging time of an electric battery.

The city of Antwerp is now officially commissioning two hydrogen-powered household waste vehicles. A first vehicle was extensively tested over the past month. The second vehicle is now also being commissioned. The vehicles will refuel with hydrogen at the hydrogen refuelling station (HRS) of DATS24 (Boomsesteenweg in Wilrijk) or at CMB.TECH’s HRS at Havenhuis in Antwerp. The conversion of the two diesel household waste vehicles to fuel cell vehicles was done by E-Trucks Europe in Lommel.

Alderwoman for city and neighbourhood maintenance Els van Doesburg: “Antwerp is always at the forefront of innovation. Once again, because we are the first city in Flanders to employ hydrogen-powered household refuse collection trucks. These clean household waste vehicles are a win-win-win; they emit no CO2, no particulate matter and make hardly any noise. This way, we ensure clean household waste collection in the city.”

As part of the European REVIVE project, at least 14 refuse collection vehicles powered by fuel cells in combination with hydrogen are being tested in several European cities. By participating, the city of Antwerp aims to support the further technological development of fuel cells and gain crucial insights into research on the future generation of heavy-duty vehicles. In this way, the city intends to continue its commitment to the sustainability of its urban fleet.

Read the press release of the city council of Antwerp  (in Dutch). 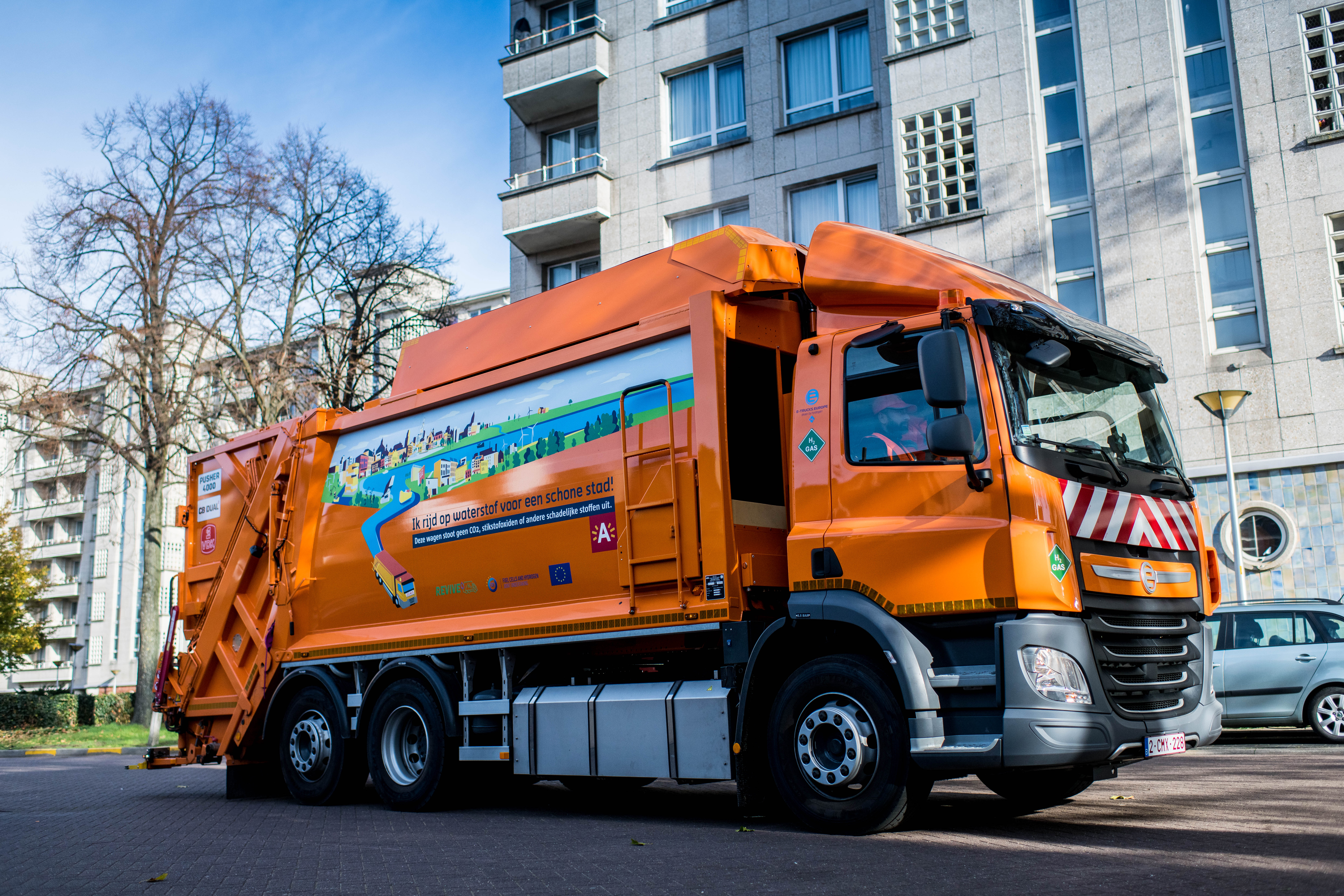 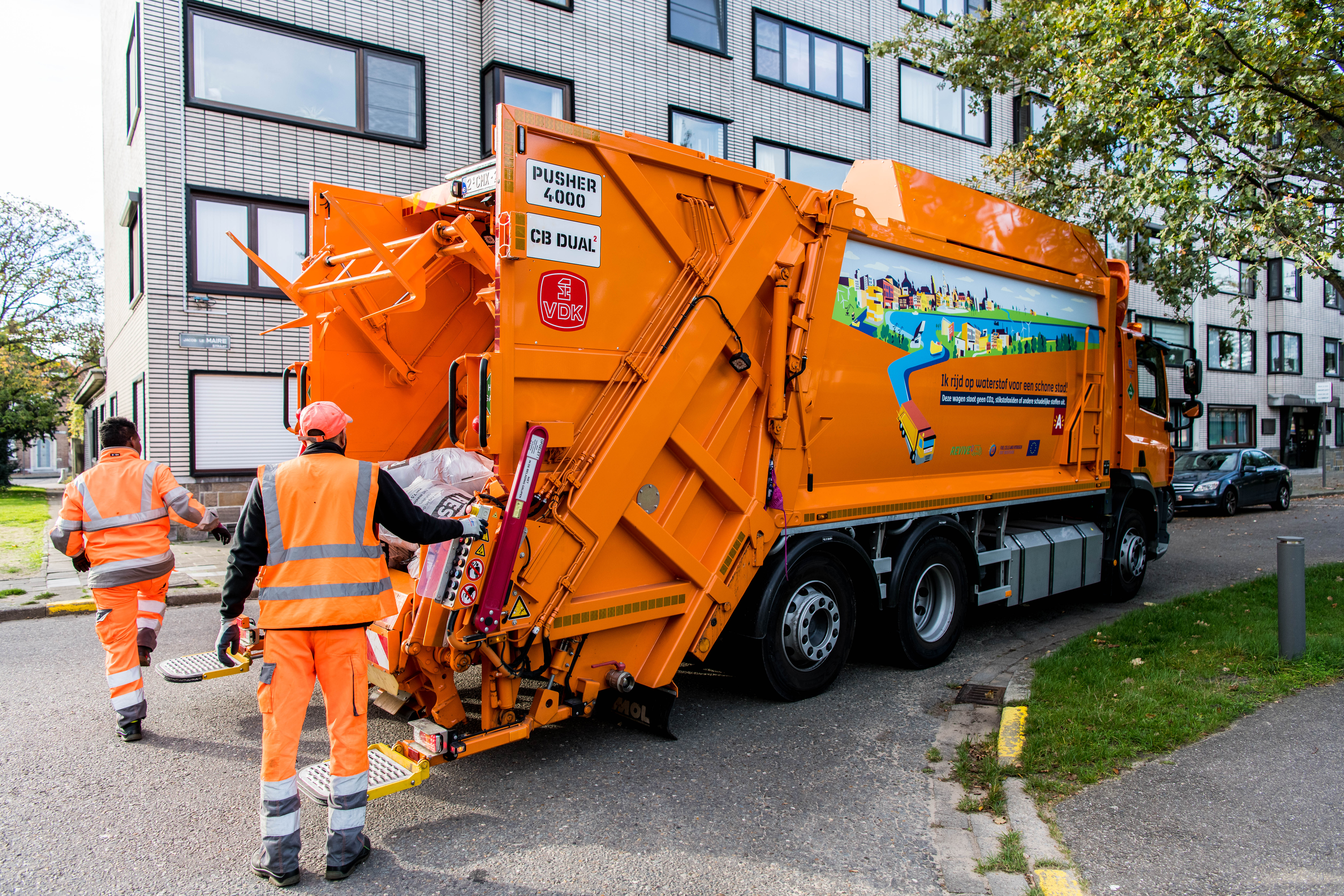 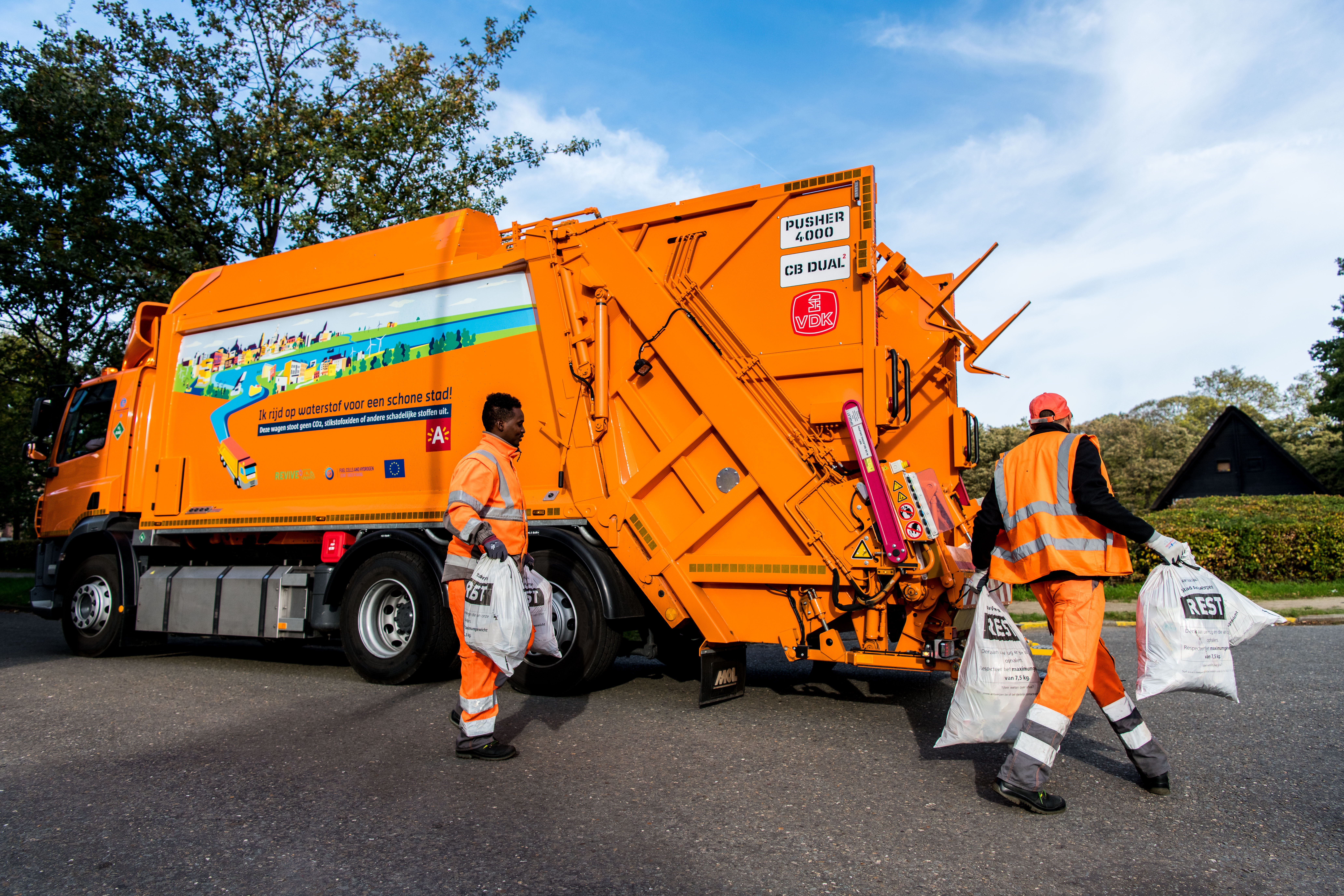 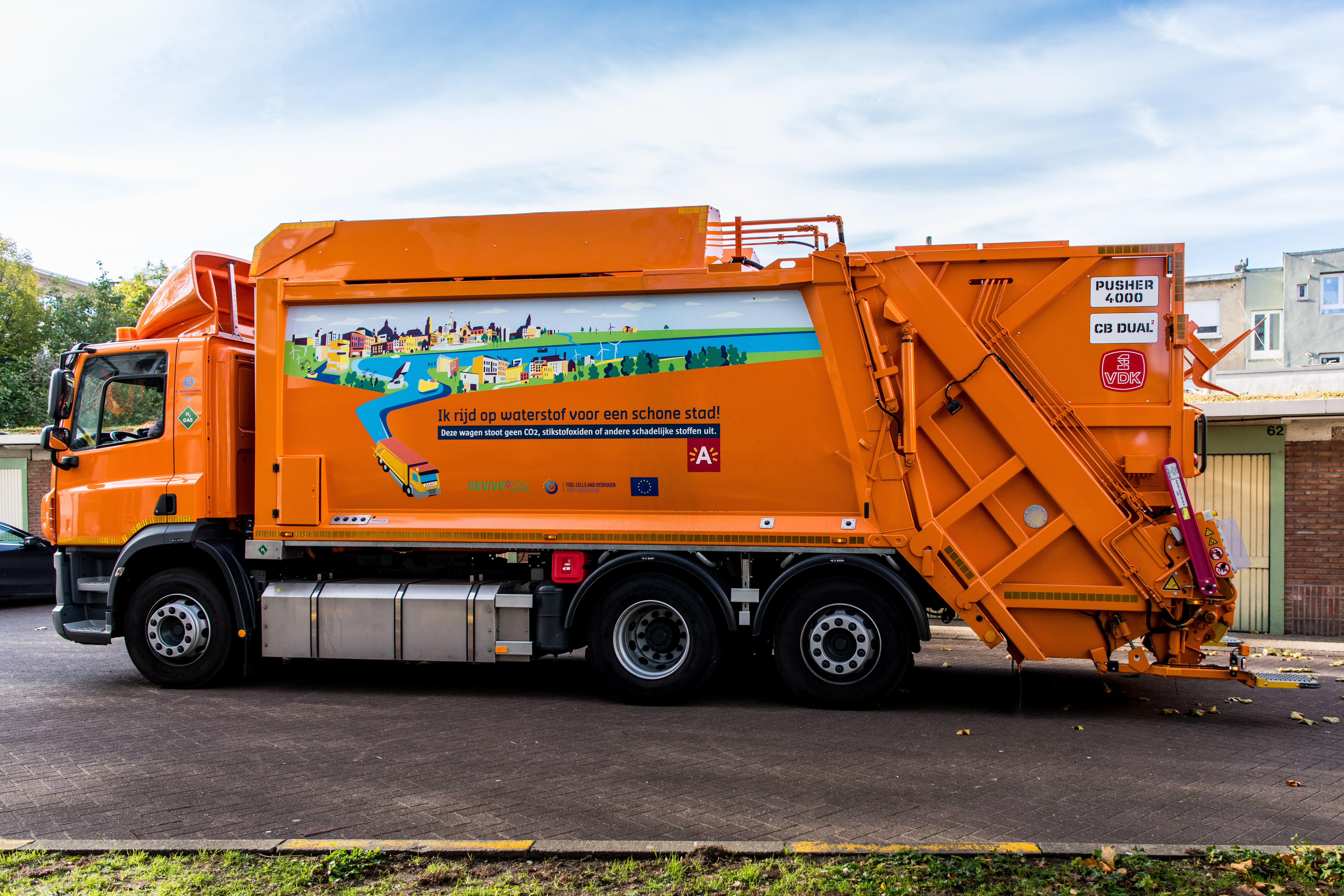